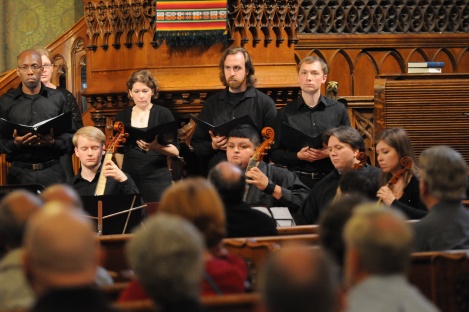 Les Touches performs with Duke University Choir in Boston, MA at Church of the Covenant

Yay for great gamba moments. The 6th movement in Buxtehude’s Membra Jesu Nostri is one of them. With solo voices and 5 gamba accompaniment, this movement stands out in the work because it is the only movement in which the gamba’s play and that is orchestrated like this. Pretty sweet.

How did we get to play this? Well, we were kindly invited to join the Duke University Choir under the direction of Brian Schmidt, their talented conductor. It was such a pleasure to work with both choir and conductor. The orchestra and singers really came together, and despite it being the first time to perform the work for many of them, several members of the audience said it was the best performance of that work they had ever heard. 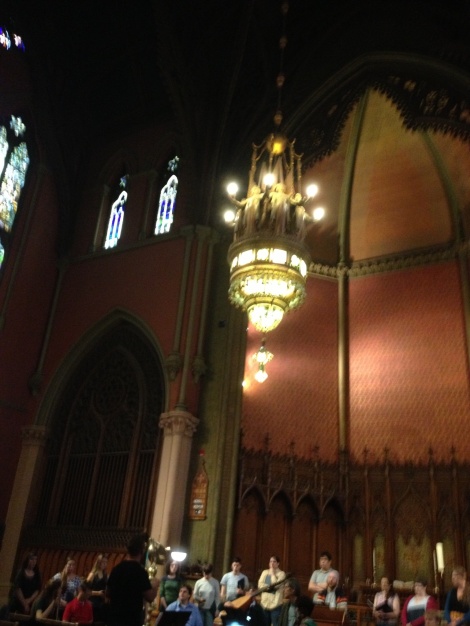 Snapping a camera phone photo in the church 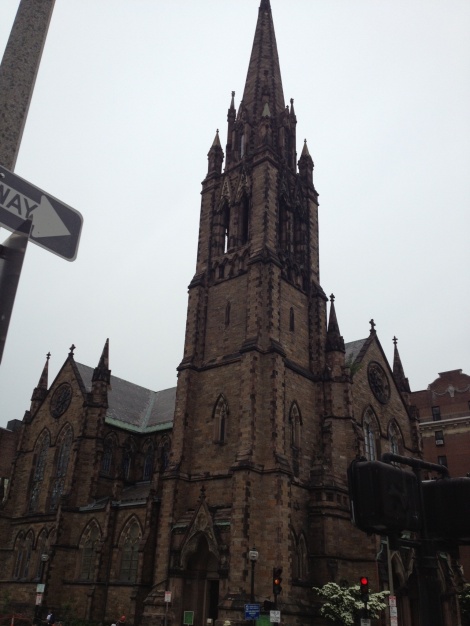 Church of the Covenant in Boston, MA

It was exciting for me to not only get to play gamba, but also to play the solo 2nd violin for the rest of the piece. Even more cool was that about 4 different times later that day, we had random people stop us and compliment us on our performance. We couldn’t have asked for a more fun concert while we were in Boston.

Violining it up on Buxtehude’s Membra Jesu Nostri